When I decided to join Allie’s read-along of Vanity Fair, it was really on a whim as I actually had no idea what the novel was about. Right away, I was pleasantly surprised by the humor I encountered. I should not have been surprised as this work is a satirical piece; Thackeray’s commentary on 1800s English society. Gad! I like this guy! He is giving voice to what I have alluded to in other posts regarding novels set in this period: the ridiculous nature of a certain class of this society, how they amble idly through life, often living in the clouds and above their means to disastrous ends.

William Makepeace Thackeray ... is it odd that he reminds me a little of Newt Gingrich?

I admire the narration of this novel because the characters are puppets on Thackeray’s string. It reminds me of the Shakespeare quote from As You Like It: “All the world’s a stage and all the men and women merely players.” I am quite fond of Becky Sharp, although not all readers are. In truth, I am not sure why she is singled out as having the worst reputation since all of the principle players in Vanity Fair are flawed and hallow in some way, even Amelia and Dobbin. It is only a matter of to what degree.

This is a such society of contradictions. For example, the rich Miss Crawley prides herself on her liberal behavior. She tells Rebecca the following: “That was the most beautiful part of Lord Nelson’s character … he went to the deuce for a woman. There must be good in a man who will do that. I adore all imprudent matches … what I like best, is for a nobleman to marry a miller’s daughter … I wish some great man would run away with you, my dear.” But, when her favorite nephew, Rawdon, makes that exact imprudent match and marries Becky, Miss Crawley turns her back on them both!

It is interesting reading this novel after War and Peace. Although two very different works, there are uncanny correlations between the characters of these two books. Jos Sedley and Pierre, Amelia and Marya, Rebecca and both Natasha and Helene, etc. Vanity Fair was originally published in monthly installments in 1848 while War and Peace was not published until 1869. Was Tolstoy influenced by Thackeray in some way?

Some favorite Thackeray quotes so far:

“… they hated each other cordially …”

“What a charming reconciler and peacemaker money is.”

“Yes, if a man’s character is to be abused, say what you will, there’s nobody like a relation to do the business.”

“I wonder is it because men are cowards in heart that they admire bravery so much, and place military valour so far beyond every other quality for reward and worship?”

“Her mamma ordered her dresses, her books, her bonnets, and her ideas for her.”

Well, the cold, hideous winter weather has returned. I am wondering if the weather could account for so many bloggers being in a reading rut…myself included. I know that my OCD need to finish one book before I begin another is playing a role for me. I was keeping a pretty good pace with War and Peace, but am having a really hard time finding the necessary motivation to finish the last section so I can officially move on. So, tonight I decided to move outside of my box and just go ahead and start something else…something lighter (at least compared to War and Peace) to get me back on smoother reading ground: Edward Albee’s play Who’s Afraid of Virginia Woolf?

I picked the play up today along with Steinbeck’s Of Mice and Men and East of Eden (I seem to have lost my other copy and I feel a re-read coming in my future…), The Color Purple by Alice Walker and a collection of short stories including The Yellow Wallpaper by Charlotte Perkins Gilman. I was thinking about reading a “non-classic” to bring me out of this slump, but that didn’t really appeal to me either. I am hoping that snuggling up with this play in my freshly cleaned bedroom (with my stylin new curtain rods) will do the trick.
Of the three volumes of War and Peace that we have read so far, Volume 3 has been the hardest for me to get through.  I felt really bogged down at times, but there was certainly value to be found here, namely in possibly figuring out part of Tolstoy’s intention in writing this mammoth novel.
“Now all the active figures of the year 1812 have long left their places, their personal interests have vanished without a trace, and only the historical results of that time stand before us.”

Tolstoy apparently went to great lengths to ensure the historical accuracy of the parts of this novel that deal with real people, places, and events from the period in which it is set…historical fiction at its finest. However, it is important to remember how Tolstoy contrasts this with his detailed forays into the lives of his fictional characters. It becomes apparent in Volume 3, through the narrator, that Tolstoy is perhaps displeased with the way history is often remembered:  with emphasis on the big names and events. He appears to feel that the millions of little people and moments (that must have come together exactly as they did for the bigger picture to exist as it did) are sorely overlooked in history. At one point the narrator says: “therefore, all these causes-billions of causes-coincided so as to bring about what happened” and then this: “an action once committed is irrevocable, and its effect, coinciding in time with millions of actions of other people, acquires historical significance.” This is why the stories of the Rostovs, etc. are so important to War and Peace. We get to see the lives of those who were NOT Napoleon or Alexander hypothetically “coinciding in time with millions of actions of other people” to create Russian history. I think Tolstoy may be trying to teach that history must be examined from many viewpoints in order to come closest to the real truth of our past. Consider Pierre in Volume II: “[he] was struck for the first time at this meeting by the infinite diversity of human minds, which makes it so that no truth presents itself to two people in the same way.” I think that this is such an important point. We think there is a universal reality, but in fact there can’t be because each person’s reality is slightly skewed by individual perception. What I can’t decide is if Tolstoy believes in free will or providence. Does he think that there is a greater power ensuring that these millions of actions happen to coincide in time to create history as we know it? 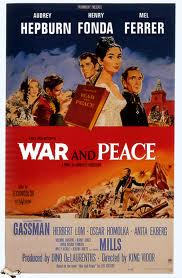 I am also beginning to see the discontent among the characters (that I complained about in the post for Volume II) as a necessary device that allows the reader to feel, more acutely, the discontent of Russia as a whole during this time of war and unrest in Europe and beyond. These characters are just a mirror to the greater whole.
I am wondering if it may be beneficial to watch the movie adaptation of this novel. Has anyone seen it? I am thinking this may allow me to connect even further to the characters. What do you think? 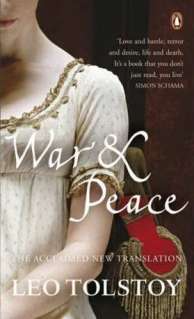 A lot happens in Volume 2 of War and Peace, which spans about six years (from 1806-1812). *SPOILER ALERT* Count Pierre Bezukhov survives a duel with Dolokhov (who was rumored to be having an affair with Pierre’s wife), consequently becomes estranged from Helene, joins the Masons, eventually decides to live with Helene again (who by this time has gained quite a standing in Petersburg society), and basically continues to bumble through life until finally appearing to fall in love with Natasha Rostov. Prince Andrei Bolkonsky suffers an injury while serving in the military, returns from the dead, loses his wife during the birth of their son (thank God there will be no more references from Tolstoy to her “little moustache”!), and eventually also falls in love with and proposes to Natasha Rostov. His father does not approve of this engagement. His sister, Princess Marya, refuses the proposal of Prince Anatole Kuragin, as she apparently realizes that he is only interested in her money and is actually keen on her companion Mlle. Bourienne. Count Nikolai Rostov finds a home in military service. However, he is called home to deal with the family’s increasingly dire financial state. He is horribly inept at this task, so his mother tries to convince him to take a rich bride to help the situation, but he insists that he will only marry Sonya. Andrei runs off abroad and Natasha spends almost a year waiting for the return of her beloved. Unfortunately, she meets Anatole Kuragin in Moscow and suddenly falls madly in love with him. She hastily refuses Prince Andrei and agrees to elope with Kuragin, who is actually already married. The elopement is thwarted and Natasha tries to commit suicide. And, of course, the French and Russians reached a truce that now seems to be on rocky grounds. Drama, Drama, Drama…I love it!

After discovering the world of book blogs, I was inspired to create my own. I am the thirty something stay-at-home mom of my beautiful Alexa, age 14, and toddler twins Eli and Emmalyn. Issues surrounding a diagnosis with Crohn's disease (an auto-immune disorder that affects the intestines) were really the catalyst for my leaving the working world. I was substitute teaching and pursuing my degree to become an English teacher. Although those plans are on hold for now, I thought a book project and corresponding blog would be the perfect way to sort of stay in the game. This blog is a journal of my reading journey. 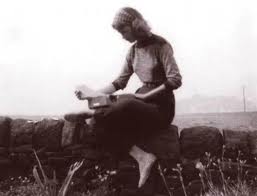 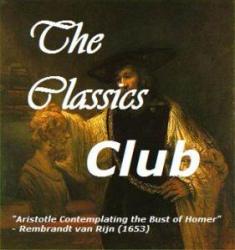 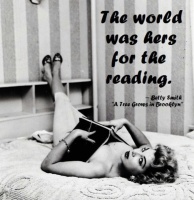 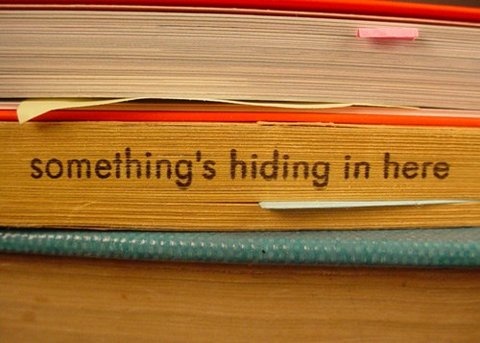 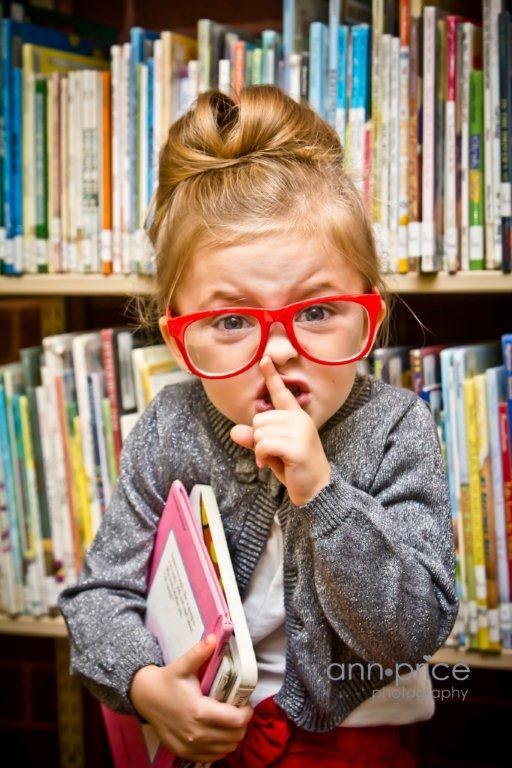